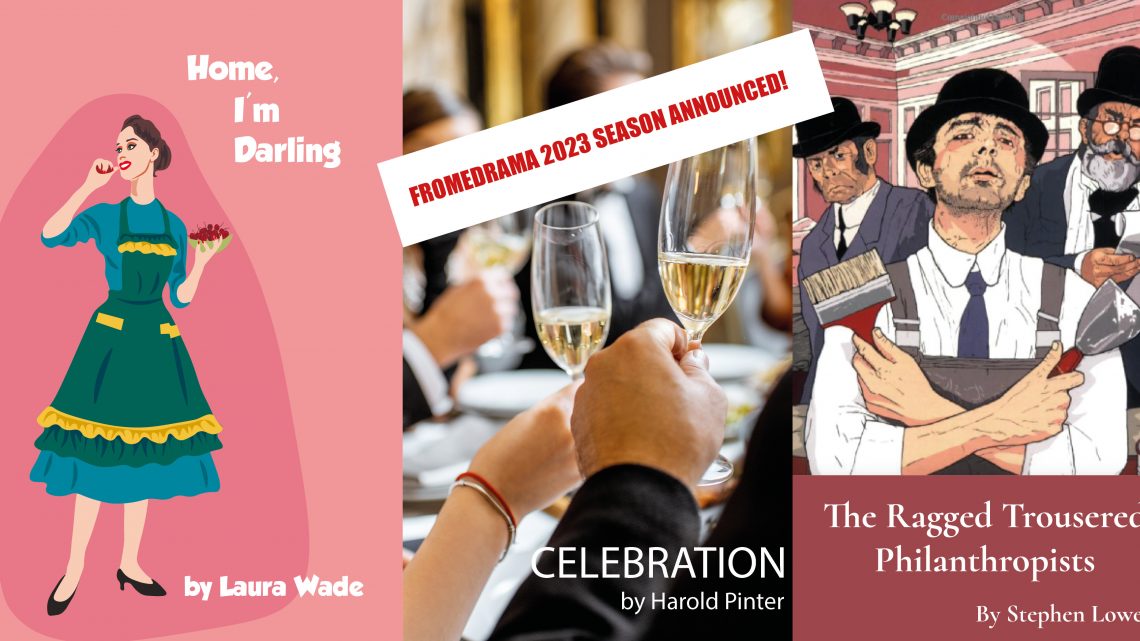 FromeDrama’s new committee is excited to announce its 2023 Season Launch Evening on Monday 7th November at 7.30pm at the Merlin Theatre. There is an exciting programme planned for 2023 and the club is keen to involve as many local people as possible at an early stage. Everyone is invited.
This event is open anyone interested in theatre, including actors, stage crew and audiences. Come along and meet the directors of the three plays planned for 2023.

The directors will announce their cast requirements and put a call-out for the creative team, including producers, set builders, and publicity leaders as well as presenting short extracts of the plays. Keen volunteers and guests will be given an opportunity to join out-loud reading of sections of the plays.

As Richard Thomas, the club’s Chair, explains, “Frome has such a wealth of theatre groups that it can
be hard to find cast and crew at times, so this new committee has decided to host a launch evening
right now to enable local actors and backstage crew the opportunity to plan their year in advance.”
The three plays being produced in 2023 will be “Home, I’m Darling” by Laura Wade, “Celebration” by
Harold Pinter and “Ragged Trousered Philanthropists” by Stephen Lowe.

If you would like to join the event on Monday 7th , or you are unable to attend but would like to know
more about the club, please get in touch at fromedramaclub@hotmail.com

This is off canvas menu widget area. To enable it add some widgets into Appearance – Widgets – Menu Section, and go to Customizer – Main menu to set the icon position.

Play readings back at The Cornerhouse!